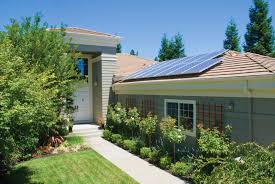 Solar and Internet of Things

Why solar and the IoT are a perfect match

With these requirements and restrictions in mind, solar power is often a good fit for IoT implementations. The build of solar panels is such that it can take in a lot of abuse from weather conditions such as wind and snow loads, in addition to having certified waterproofing adn being IP65 rated. The ongoing development of thin PV film and BIPV panels, that is seemingly new technology in solar PV, may also boost solar’s role in IoT, since lightweight panels could be installed in many possible locations.

Solar and IoT have a symbiotic relationship. Installing PV panels and batteries for solar energy storage can make certain types of IoT infrastructure more viable, while the wide-reaching connectivity of the IoT has benefits for solar power management. Indeed, the later has been proposed as a breakthrough IoT application – the use of smart sensors, software and algorithms could bring big changes to the monitoring of solar PV panels voltage, temperature, current and solar insolation.

In other words, by connecting their solar infrastructures to the cloud, solar customers will be able to keep close tabs on performance degradations before they get out of hand. In a pre-IoT world, it’s often necessary to send out technicians to address issues with causes that are difficult to pinpoint. Today, there are remote monitoring solutions that can do the job. Not only that, one can also know the fault before sending out the technician – that can make the field visit more effective. Therefore, with IoT solutions in place, issues within solar PV systems can be spotted in real-time and likely resolved with higher success rates.